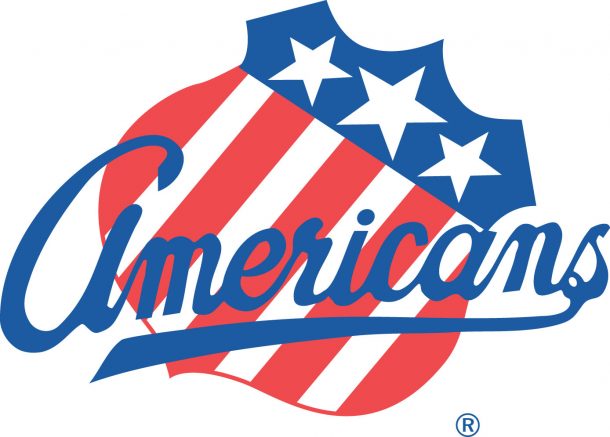 This season marks the first time in nearly 30 years the Amerks have had multiple rookies record more than 50 points in the same season.

The American Hockey League announced that Rochester Americans forwards JJ Peterka and Jack Quinn have been named to the 2021-22 AHL All-Rookie Team.

Buffalo’s second-round choice (34th overall) in the 2020 NHL Draft, Peterka enters the final week of the regular season leading all AHL rookies with 64 points (25+39) in 69 games for Rochester this season. Peterka, who turned 20 in January, also ranks first among rookies and fifth overall with 219 shots on goal. He’s also third among all first-year players in goals (25) and assists (39).

After scoring just four times through the first three months of the season, Peterka has notched 44 points (21+23) in 46 games to begin 2022, including goals in back-to-back games on five different occasions over that span.

Peterka has been held scoreless just 19 times since Dec. 19 and hasn’t gone more than two games without recording a point during that same span.

The native of Munich, Germany, made his NHL debut earlier this season, appearing in two games with the Sabres.

The eighth overall pick in the 2020 NHL Draft, Quinn has scored 10 power-play goals, a shorthanded marker and six game-winners on the season, and his 1.34 points-per-game average is third in the league behind only T.J. Tynan and Andrew Poturalski.
Quinn became the first AHL player this season and just the 17th player in Amerks franchise history to score four goals in a game in the 6-5 overtime loss to Belleville on Jan. 15. More impressively, he scored all four goals consecutively, including the game-tying tally with 3.3 seconds remaining in regulation. He’s the first Amerk to have a four-goal game since Rochester native Derek Whitmore single-handedly outscored Hamilton on Nov. 25, 2011 (5-2 W).

Playing in just his 27th game of the season (March 18 against Cleveland), Quinn became the first Amerk to score 20 goals in the fewest number of games since Luke Adam reached the mark in 31 games during the 2013-14 campaign.

He was named the AHL’s Rookie of the Month for October after leading all first-year players with 10 points (5+5) through the first month of the regular season. In just six games to begin the season, Quinn surpassed his offensive output from his truncated 2020-21 campaign and became the first AHL player to reach the 10-point mark this season.

Quinn has been held scoreless just 14 times all season and hasn’t gone more than two games without recording a point while recording a team-leading 18 multi-point performances this year.

On Nov. 12, Quinn became the first AHL rookie since Frank Vatrano in 2015-16 to score eight goals through his first 10 games of the season.

A 20-year-old native of Ottawa, Ont., Quinn made his NHL debut in January and recorded a goal and an assist in two games with Buffalo.

Peterka and Quinn are the first pair of Amerks rookies taken from the same Draft class (2020) to record 50 or more points in the same season since Scott Thomas and Doug MacDonald (1989) did so in 1992-93. The duo could also become the first two Amerks rookies in franchise history to record 60 or more points should Quinn record one more point in Rochester’s regular-season finale against the Utica Comets Friday at The Blue Cross Arena.

Brian Gionta to appear at Amerks game on December 21

Amerks to partner with Red Cross to host blood drive