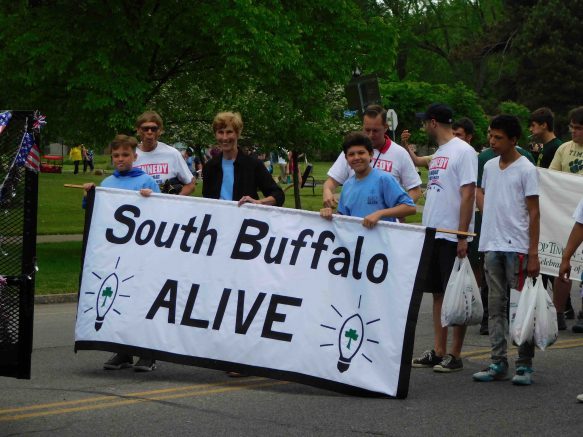 The nonprofit community beautification organization also announced that Ed Williams had been named grand marshal for the parade.

South Buffalo Alive will hold its 19th annual Parade of Circles on McKinley Parkway on Sunday, June 2, beginning at 2:30 p.m. The parade will start at Dorrance Avenue and McKinley Parkway and proceed to the end of the parkway to Olmsted’s Heacock Park, where a picnic will be held.

The nonprofit community beautification organization also announced that Ed Williams had been named grand marshal for the parade. Williams grew up in South Buffalo and attended P.S. 67 and Bishop Timon High School where he is now a member of the board. He earned his bachelor’s degree at the University at Buffalo and his master’s degree at Canisius College.

Williams lives with his wife Cindy on Tuscarora Road where they have a lovely home and garden and have participated in the annual South Buffalo Alive Garden Tour for many years. They also take an active role in tending the islands on their street and enjoy giving back to their community in many ways.