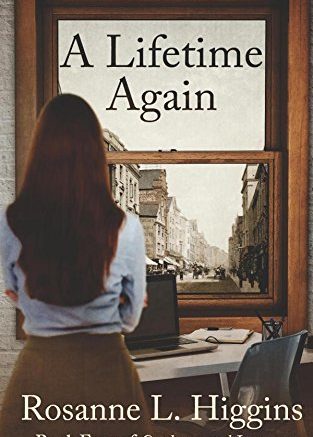 Higgins grew up in Buffalo. Her experiences traveling in both the United States and in Europe as a child resulted in a love of history and cultural diversity from an early age. She entered graduate school in 1990 as an anthropology student and studied the relationship between biology and poverty during the 19th century. Her main interest was the institutionalized poor. In 1998 she earned a Ph.D. in anthropology from the University at Buffalo.

In her latest book, “Past life regression isn’t for everyone,” Charlotte Lambert had advised. The psychic medium and friend to Maude Travers also warned, “you may not like what you find.” Maude’s scientific roots as a researcher did not prevent her from eventually accepting the idea that she had been a 19th century physician in a past life. The notion had first presented itself to her in vivid dreams and waking visions of Buffalo, N.Y., more than a century ago. A search of the historical records verified the existence of the physician and her work in the burgeoning city’s insane asylum. What did it all mean, and more importantly, how would it help Maude understand the threats to her current business? “You tend to be surrounded by the same cast of characters in each life,” Charlotte told her. “Negative karma will follow you until you do something to break the cycle.” Had an adversary from another lifetime come to even the score in this one? Would Maude be able to unravel her past life in time to secure her own future?