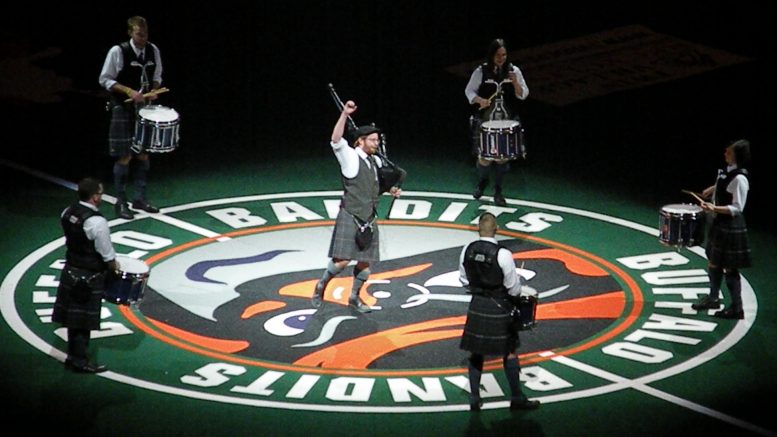 The Buffalo Bandits recently announced plans for Fan Appreciation Night, which will take place during the team’s final game of the regular season against the New England Black Wolves on Saturday, April 30.

The night will feature numerous prizes and giveaways, as well as an awards ceremony prior to the 7:30 p.m. faceoff. The first 10,000 fans to enter the building will receive a Bandits team photograph, and the Sabres store will offer a 25 percent discount on all merchandise throughout the day.

The Bandits will also honor the Fan of the Year before the game. The Fan of the Year, who has been selected by the Buffalo Bandits organization, will be on the field for the pregame awards ceremony and will hand out the player awards.

During the game, those in attendance will enjoy “Rowards” giveaways courtesy of Seneca Resorts & Casinos, (716) Food and Sport, McDonald’s, Moe’s Southwest Grill, New Era Cap Co. and Labatt Blue Light. In honor of the conclusion of the team’s 25th regular season, the 50-50 raffle winner will receive 50 percent of the guaranteed pot of at least $25,000.

As a thank you from the players, current season ticket holders will be randomly selected for the “Jersey Off My Back” promotion. Winners will be announced throughout the game on the HD video board and will be invited onto the field after the game to receive a game-worn jersey that will be signed by the player who wore it.

Fans can purchase 300 Level tickets to the game for just $11 as part of the team’s “Pack the House” promotion. Tickets are available now and can be purchased in person at the First Niagara Center box office, online at Bandits.com or by phone at 1-888-467-2273.