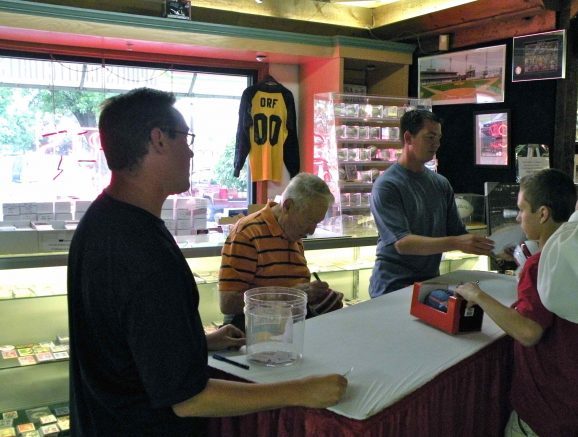 Marv Levy and Mark Kelso will participate in an autograph-signing session at Bases Loaded.

Levy coached the Buffalo Bills from 1986-97 and also served briefly as the team’s general manager in 2006-07. He entered the Pro Football Hall of Fame in 2001. Kelso was a safety on the Levy coached Bills team that made four consecutive Super Bowl appearances. He later served as the team’s color commentator for several years.

Individuals unable to make the signing event can drop off their memorabilia in advance. Additional memorabilia will be available for purchase at Bases Loaded before and during the event.