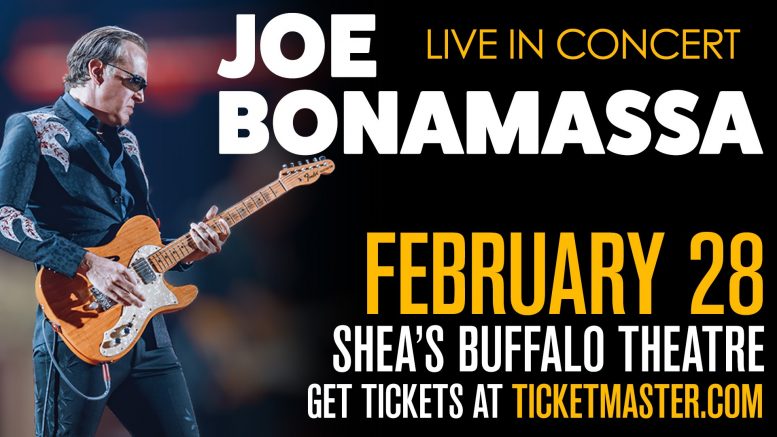 Joe Bonamassa is coming to Shea's.

Three-time Grammy-nominee and 25-time Billboard chart-topper Joe Bonamassa announced his Spring Tour 2023, including a performance on Feb. 28 at Shea’s Buffalo Theatre. Tickets for the U.S. Spring Tour 2023 are on sale at JBonamassa.com.

The announcement of his spring tour comes as the blues-rock titan prepares to embark on his U.S. Summer Tour 2022, launching next week at Nashville’s Ryman Auditorium on Aug. 2, and features a two-night stop at the iconic Red Rocks Amphitheatre in Morrison, Colorado, which will be recorded for a concert film to be released at a later date. The tour will end with an unprecedented live event, KTBA Presents: Joe Bonamassa & Friends on Aug. 19 at Northwell Health at Jones Beach in Long Island, which will include special guests Kenny Wayne Shepherd Band and Jason Bonham’s Led Zeppelin Evening.