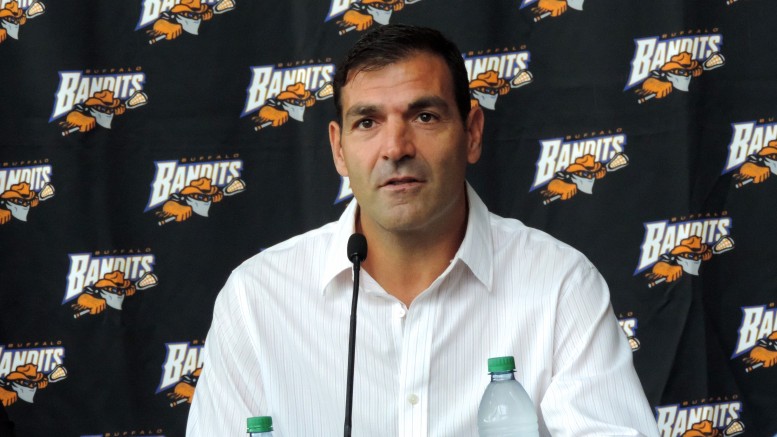 The rumors are true. Buffalo Bandits forward Johnny Tavares has announced his retirement after 24 years playing for the team. Mentally, Tavares wants to continue playing the sport he has loved since age 4, but his almost 47-year-old body is not allowing him to do so.

“I think the hardest part of letting go is not being able to perform in front of my fans,” Tavares said at a press conference this morning at First Niagara Center. “It has been a great ride, 24 years. I want to thank Buffalo for all they have done for me and my family over the years.” 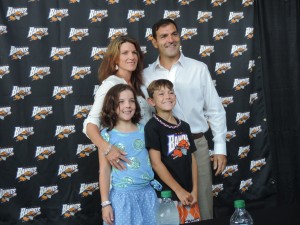 “What he has done for me, our sport, our franchise is unbelievable,” said Head Coach Troy Cordingley, a former Bandit himself.

Though he won’t be playing, Cordingley announced Tavares will continue to be part of Banditland as he takes on a new title, offensive coach.

“I’m always watching to learn what I can do to surprise the defense,” Tavares said. “A lot of times in sports, the same things happen over and over again. You have to find ways to be creative.”

“He will be incredible on the bench,” added Bandits Transition Dhane Smith. “Playing with the best player in the game has been incredible but having him on the bench will teach us so much. I think our offense will be so much better this year.”

Tavares and his stand-out career will be celebrated during the 2016 Bandits season, but there is no set date at the moment.

“It’s only right to put his number up there with Rich and Darris,” said Scott Loffler, director of lacrosse operations. “We’ll be doing something, we’re just waiting for the schedule.”