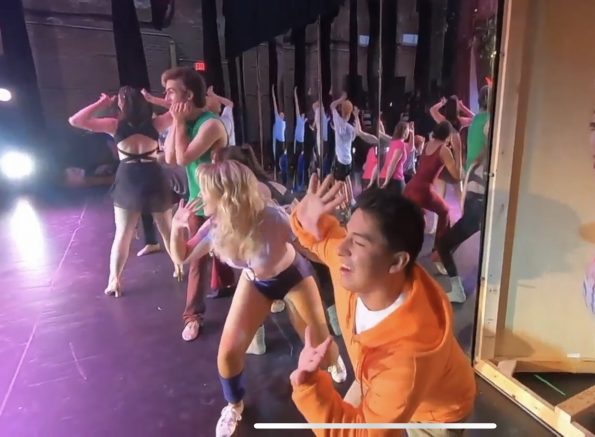 Cami Clune returns to the stage in A Chorus Line!

Western New York native Cami Clune appeared on NBC’s The Voice Season 19 just last fall. Having been on both Team Legend and Team Kelly, she made it all the way to the Top 9 and finished as a semifinalist. Western New York and beyond couldn’t have been more supportive!

Cami has had many things happening since the show ended. From singing the anthems at the Buffalo Bills playoff games and Sabres games to live solo, duo and band performances, to speaking engagements, appearances, fundraising events, commercials and more, she has been doing it all since coming from from Los Angeles.

One thing she is really excited about is that some of her her original music is very close to being released. She’s working with another amazing producer/artist (Grabbitz) from Buffalo who’s career is also taking off. The process has been a bit delayed because they are both so incredibly busy. They are very close to completion though and it will be released very soon!

But, what is also really exciting at the moment is Cami returns to the live stage of musical theatre on Friday, Oct. 15! She will appear as Val in A Chorus Line with O’Connell and Company at the new Ken-Ton Commons Theatre on Elmwood Avenue in Tonawanda.

You may remember from Cami’s story that she left theatre because of her debilitating unknown health issues. Ironically, the last show she did was A Chorus Line at the Academy of Theatre Arts.  Leaving her passion of musical theatre behind after that last show was one of the most difficult things she had to do, but she eventually used that time to dive deep into her music and her health. This led her to getting her health under control and then, of course, to the most exciting thing in her life — being on NBC’s The Voice!

Being in a local and yet professional show is a great test for her to see how her body can handle the physical demands. The show runs from Oct. 15-31 and tickets can be purchased at www.oconnellandcompany.com.