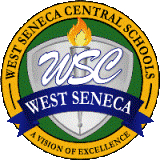 Go on a walk down memory lane and learn about the history of West Seneca schools at the West Seneca Historical Society’s upcoming exhibit at the Burchfield Nature & Art Center, located at 2001 Union Road in West Seneca.

The exhibit will include historic photos and artifacts from the 19th century and later, with contributions made by Fran Deppeler, president of the Historical Society and a life-long community member. There will also be a replication of an early 20th century school room, as well as displays created by Scott Frank, a social studies teacher from West Seneca East Middle.

A free reception celebrating the district and its history will take place from 2 to 4 p.m. on Sunday, Jan. 17. Dr. Ruth Auer, former principal of Allendale Elementary, will give a brief talk about the district based on her dissertation on the history of the schools. The presentation begins at 2 p.m. and refreshments will be served.

The History of West Seneca Schools exhibit will be on display from Jan. 7-31. The gallery at Burchfield is open from 10 a.m. to 4 p.m. Tuesday through Friday and from 1 to 4 p.m. Sunday.