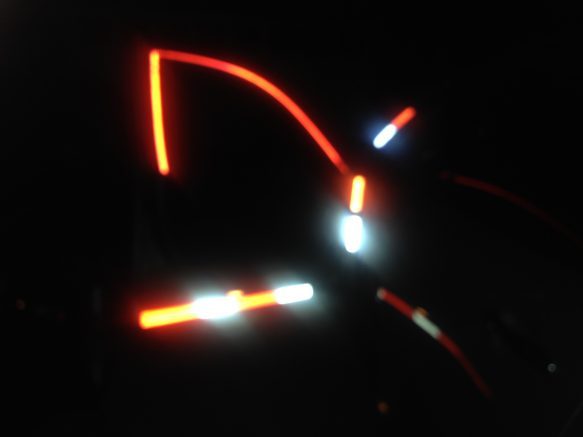 After observing the typical opened motor vehicle door at night, I quickly recognized that I could not see it even with my headlights on. What upset me more was that even with a light on the interior of the vehicle door, a person standing outside the opened door could block it so it would not be seen by an oncoming driver.

After seeing how “dumb” the vehicle door is for not communicating, I decided to make consumer-desired advancements that would only be seen automatically at night — and not when it’s not needed — to allow for consumer acceptance.

As a professional inventor, I create very simple utility inventions that have universal applications to allow acceptance by the consumer. To give me the incentive to create Inview Vehicle Trim, I needed the numbers regarding how many people have died outside an opened vehicle door at night because they were not seen by another vehicle driver. The statistics were disturbing. In 2014, the Fatal Accident Reporting System reported not a single fatality in the United States due to the “dumb” vehicle door. This alone was the reason to solve the issue of the “dumb” vehicle door and introduce an entirely new discipline in vehicle engineering I refer to as Vehicle Door Accident Avoidance Systems (VDAAS).

How did I solve the issue of the “dumb” vehicle door?

1. My “Zones of Illumination” allow a person to stand in front of any opened vehicle door and have the zone behind them, on the interior side of the vehicle door, to automatically be illuminated by another vehicle’s headlight and allow the illumination to be seen even from over 1,000 feet away.

2. This “camouflaged” vehicle illumination allows the vehicle doors to automatically be seen only when needed by being automatically illuminated by another vehicle driver’s headlights.

We now have choices that will allow you to not cause harm as a driver, and for other drivers to not cause harm to you. The nights of the “dumb” vehicle door not communicating are now over … if we make the right choices.

Commentary: How can we reduce the needless loss of over 100 pedestrians a night?

Commentary: What I have created allows vehicles to communicate

Commentary: CEOs of all vehicle manufacturers are invited to learn how to make vehicles that drivers can actually see

Commentary: We can reduce pedestrian deaths by 100 per night globally

Be the first to comment on "Commentary: All vehicles need smart vehicle doors"