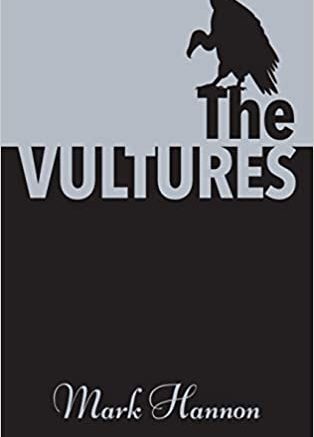 The Vultures focuses on Buffalo in the 1970.

Retired firefighter and Buffalo native Mark Hannon will visit Dog Ears Bookstore & Café from noon to 2 p.m. Sunday, July 11, to sign copies of his books, The Vultures and Every Man for Himself. Dog Ears is located at 688 Abbott Road, Buffalo.

His most recent book, The Vultures, focuses on Buffalo in the 1970, a rustbelt city where jobs are disappearing, people are leaving, and the football franchise owner demands a new stadium or he’ll move the beloved team. Developers make an incredible offer — a new development that will turn the city around, complete with a domed stadium for the team. Politicians flock to the project, but their support comes with a price.

In Every Man for Himself, Pat Brogan is a gambling squad detective in Buffalo in the 1950s. Beneath the gritty smokestacks are thousands of bright, clanging pinball machines — banned from New York City but still legal here — tempting the well-heeled as well as factory hands in bars, stores and clubs. When a single machine could take in $100 a week in nickels and factory workers made far less, there were fortunes to be made on the dark side of the law. Dealing with grasping pinball vendors, a manipulative politician, a ruthless mobster, a vengeful judge and corruption within the department, as well as bitter wartime nightmares, Brogan struggles with guilt and duty as he is drawn into the game.

Hannon now resides with his family in Baltimore. For more information on Dog Ears Bookstore, please visit dogearsbookstore.org or follow on Facebook for frequent updates.