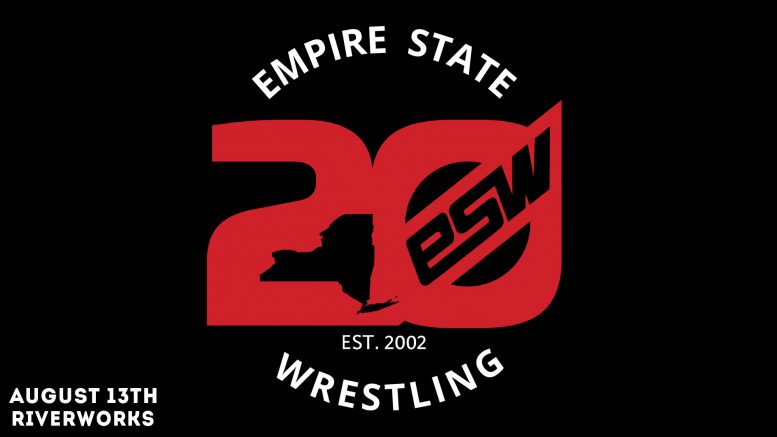 ESW commemorates its 20th anniversary on Saturday, Aug. 13 with an event at Buffalo RiverWorks.

Over the last two decades, Empire State Wrestling (ESW) grew from its humble roots running at various halls in the Niagara Falls area to blossoming into Western New York’s premier independent wrestling promotion. It is only appropriate that ESW commemorates its 20th anniversary on Saturday, Aug. 13 by holding this milestone event at Buffalo RiverWorks — one of downtown Buffalo’s premier entertainment destinations. This special event, simply called “20.” will feature some of the top independent wrestlers from around the U.S. and Western New York’s best locally-based talent.

The matches announced for “20” so far include:

• ESW Tag Team Champions High Seas will put their titles on the line against the returning Maine-based tag team MSP.

• To Infinity & Beyond will come back to ESW to face the debuting Beyond Wrestling team Waves & Curls.