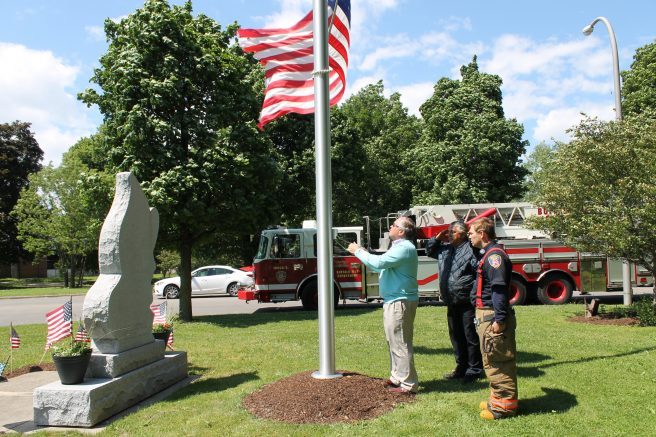 The monument honors five Buffalo firefighters who lost their lives in the line of duty on Dec, 27, 1983, including Michael Austin, Michael Catanzaro, Matthew Colpoys, James Lickfield and Anthony Waszkielewicz.

A South Buffalo native, Lewis retired from the Buffalo Fire Department in 2010. He said he was honored to be given the opportunity to raise the flag at such an important local monument.