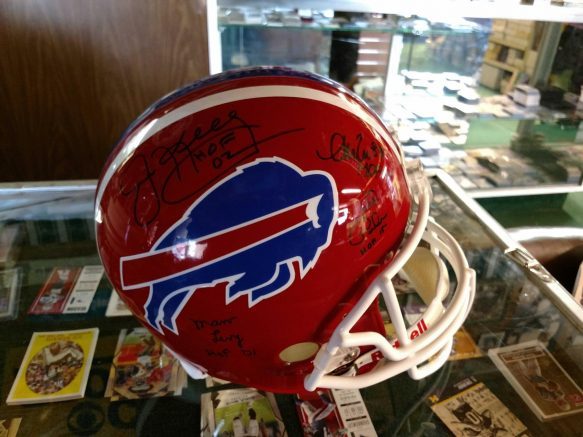 The card and memorabilia show will take place from 9:30 a.m. to 2:30 p.m. in the Polish Falcon Club at 445 Columbia Ave. in Depew. Autograph guests will include Buffalo Bills greats Fred Jackson, Daryle Lamonica, Pete Metzelaars and Jerry Butler. Autograph prices are $20 for Jackson and $15 for Butler and Metzelaars. Lamonica’s rate will be $20 for flats and minis, $30 for premium items and $15 for inscriptions. Former Bills linebacker David White will be signing for free during the event. Signing times will be announced.

Representatives from James Spence Authentication (JSA) will also be on hand during the show for on-site authentication. Founded in 2005 by world renowned autograph authenticator James Spence Jr., JSA is now considered the foremost autograph company in the world. Employed by every major auction house in the country, JSA has the universal respect and approval of auctioneers, memorabilia dealers and collectors worldwide with their accurate authentication experience.

Admission to the July 28 show is just $2, while children 12 and under are admitted free. For more information about the event, please visit www.buffalosportscardconvention.com.