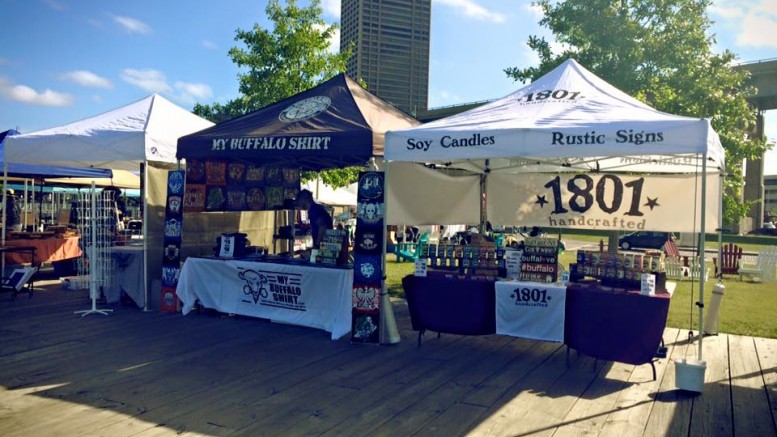 Quitting a steady job to become an entrepreneur is a scary change filled with uncertainty. The move comes with a lot of hope and hard work, but according to local entrepreneur Adam Kern, the change can be a rewarding one.

The Orchard Park native graduated from the University at Buffalo and worked as an engineer when he started designing his own T-shirts through a company he named My Buffalo Shirt.

“I saw there were other Buffalo-themed T-shirts out there and thought I could do a better job,” said Kern, who taught himself how to design and print the shirts. He spent seven years working as an engineer during the day and designing T-shirts at night before deciding to quit his full-time job.

“We do all the screen printing by hand,” Kern said. “We do all of the design work on the computer then burn the screens and print all of our shirts in house.” 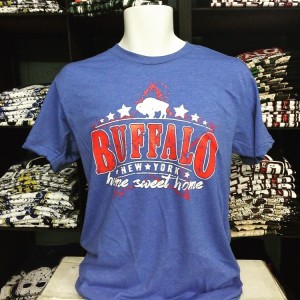 All of the 24 T-shirt designs have an edgier design to them and are printed on high-quality shirts from American Apparel. “The shirts are 100 percent American made,” said Kern, “which actually helped me because I’m in all of the Made In America stores.”

The shirts are also available at Bay-6 in the Southgate Plaza in West Seneca and Park Edge Sweet Shoppe in South Buffalo.

“I really enjoy when I see people wearing one of my T-shirts out and about,” Kern said. “Seeing the shirts is a good satisfaction.”

While visiting his brother in Florida, Kern noticed there were wooden signs for sale and came up with the idea to create his own signs using his screen print designs. “I decided it would be a cool thing to bring back to Buffalo and put a Buffalo spin on it with different sayings.”

There are currently 18 designs available for the wooden signs including “buffalove,” “#Buffalo” and “Let’s Go Buffalo.” The signs have been a big hit and are available at Visit Buffalo Niagara as well as Spoiled Rotten.

Outside of screen printing, Kern found himself making soy candles as Christmas gifts. A year and a half ago, he and his girlfriend, Bridget, decided to segment off of My Buffalo Shirt and start 1801 handcrafted this past December, his second business as an entrepreneur. The candles the duo create together have a twist to them as well.

“We mix a lot of our scents and try to make them really different and unique,” Kern said. “And we try to be pretty creative with the names as well — different names rather than your average candle name that’s up on a shelf at the store.” 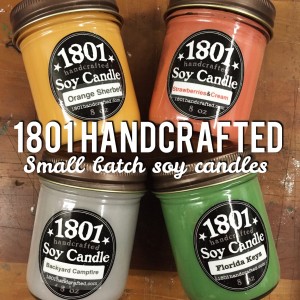 There are currently 25 different soy candles available to purchase through 1801 handcrafted. The candles may be purchased at Park Edge Sweet Shoppe in South Buffalo and Head Over Heels in East Aurora. Kern is hoping the candles will be available at Made In America in the near future.

Creating the T-shirts, wood signs and soy candles, as well as soap from time to time, is a larger time commitment compared to working as an engineer, but Kern said he loves being able to make his own decisions.

“It’s a better fulfillment and there is a lot of networking and interaction with customers and clients, meeting people you’ve never met before,” he said. “Buffalo is such a small town. It’s funny how people get together and know one another somehow, some way.”

Learn more about 1801 Handcrafted and My Buffalo Shirt online by visiting www.1801handcrafted.com and www.mybuffaloshirt.com, or follow the companies on Facebook for frequent updates.

Be the first to comment on "From engineer to entrepreneur …"