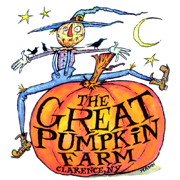 Area high school technology teams have been working for weeks to design and build trebuchets to compete in this weekend’s annual Pumpkin Catapult Contest, as part of The Great Pumpkin Farm’s Fall Festival in Clarence. Fifteen teams from 13 area schools are scheduled to compete for distance and accuracy and with enough precision to win cash prizes for their schools and prestige for their teams.

Practice shots take place on Saturday, Oct. 21, and the competition starts at 10 a.m. on Sunday, Oct. 22, with winners being announced at approximately 4 p.m.

A trebuchet is a slingshot-like weapon used in medieval siege warfare that relies only on counterweight – no springs, motors or agents like gun powder – to hurl large stones or other missiles. In this competition, pumpkins are the “missiles.”

Teams are required to design, build and test their trebuchet using knowledge learned in math, science and technology courses. Trebuchets must be constructed only of wood and the hardware necessary for assembly; no other materials can be used, except for reinforcement of gussets and load-bearing areas, and trebuchets must meet requirements set forth by the rules of the contest.

Cash prizes are awarded for the longest distance shot, highest total combined shots and for “storming the castle” (hitting a target 150 feet away). All teams receive a plaque for participating.

Annual trebuchet contest is this weekend at the Great Pumpkin Farm