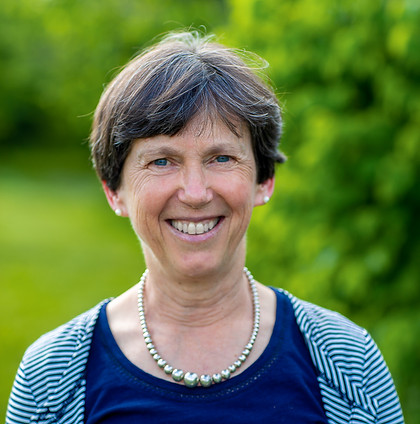 Since her appointment to executive director in 2012, the Land Conservancy has protected more than 2,500 acres and 27 properties, including high-profile places such as the Stella Niagara Preserve in Lewiston, the Owens Falls Sanctuary in Aurora, Mossy Point in Wales, and farmland across the region. During Nancy’s tenure, the Land Conservancy has expanded its size and reach, growing from a staff of three full-time employees to 16 in 2022, by embracing large-scale conservation projects. In the process, it has become one of the largest and most respected conservation organizations in Western New York.

“Nancy Smith has been a truly visionary leader for the Land Conservancy,” said Kathy Bieler, board president, “and she ushered in an era of remarkable growth. In the past year alone, thanks to amazing support from our community, the Land Conservancy has been successful on so many fronts: launching the Western New York Wildway, saving the College Lodge Forest, beginning the collaboration with Providence Farm Collective, and making progress on The Riverline. We are deeply grateful to Nancy’s tremendous leadership and we are fully committed to creating a transition that will ensure this same level of success and momentum continues—on all of these projects and more.”

Under Nancy’s leadership, the Land Conservancy and its Board of Directors expanded its vision and scope. In addition to its core conservation work protecting natural land and farmland, the Land Conservancy undertakes large-scale restoration projects such as restoring the forests in the Niagara Gorge, infrastructure reuse projects like The Riverline — the planned nature trail and greenway near the heart of downtown Buffalo that will connect people to nature — and it now partners more extensively with regional indigenous communities. The recently launched Western New York Wildway, an ambitious landscape-scale conservation project that aims to meet E.O. Wilson’s goal of protecting half the earth for plants and animals, will spur the organization for decades to come.

As a result of Nancy’s tireless commitment to land conservation, she is admired as a remarkable leader in Western New York and beyond. In 2021, Buffalo Business First recognized her on its list of 200 Power Women in Western New York. She serves on the Land Trust Alliance’s New York Advisory Council, as a member of the High Line Network, and as an ecosystems sector advisor in the New York State Climate Impacts Assessment.

Although not a Western New Yorker by birth, she has been committed to improving our region for the people, plants, and animals that call it home ever since she first arrived here with her husband, Tom. While raising her three children she helped found the East Aurora Village Tree Board, the Explore & More Children’s Museum, and Western New York Earth Day. Prior to joining the Land Conservancy staff in 2004, she opened the Western New York Office of the New York Coalition for Alternatives to Pesticides. She served as the Land Conservancy’s first community outreach director, before transitioning to the role of stewardship director in 2010, and finally executive director in 2012.

You can find more information about the Land Conservancy’s search for their new executive director, including how to apply, on their website: www.wnylc.org.