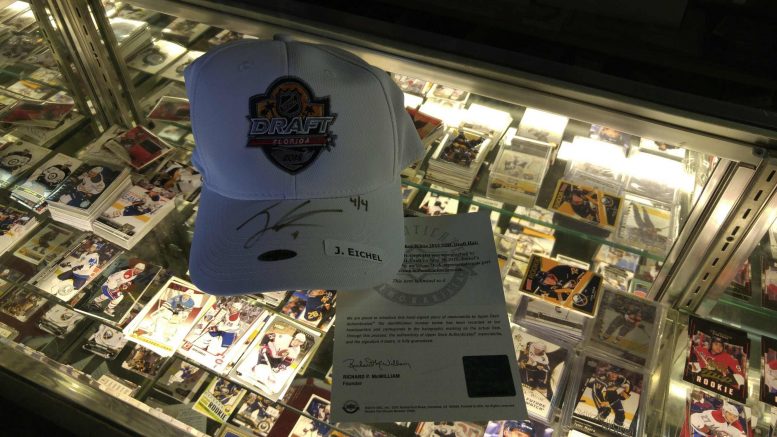 One of four signed and numbered 2015 NHL Draft hats autographed by Buffalo Sabres star center Jack Eichel will be raffled off by Bases Loaded Sports Collectibles on Monday, June 27, following the 2016 NHL Draft held in Buffalo.

This limited-edition NHL Draft hat is one of only four signed by Eichel and is numbered 4/4. The hat comes with a certificate of authenticity from the Upper Deck company. Eichel was the second overall selection in the 2015 draft which was held in Sunrise, Fla.

Anyone who visits the store before June 27 and spends at least $10 on any Upper Deck product will be entered into the drawing. For more information, please visit Bases Loaded Sports Collectibles at 794 French Road, Cheektowaga, call 656-0066 or email jeff@basesny.com. You can also follow Bases Loaded on Facebook at www.facebook.com/pages/Bases-Loaded-Sports-Collectibles/247591781924767 for frequent updates.