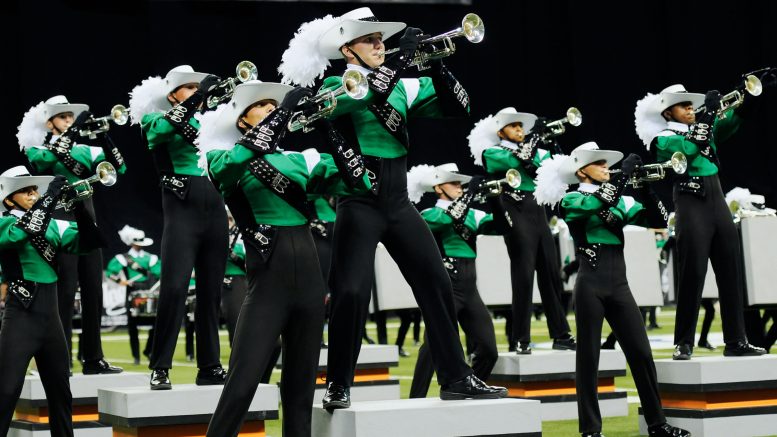 Drums Along the Waterfront Tour of Champions is once again excited to bring the top seven drum corps in the world to Western New York. The event will be held from 7 to 10:30 p.m. Sunday, Aug. 7, at Ralph Wilson Stadium in Orchard Park, and all of the corps will be staying at local high schools as they prepare for the big event.

“Upon their arrival in Western New York, the members of the drum corps will try to catch up on their sleep — on the gym floors — and then get up and rehearse all day,” said Drums Along the Waterfront Director Jack Gaylord Jr. “Corps are known to practice for up to 10 hours a day in preparation for a big show like the one coming here.”

Following are the seven participating drum corps and where they will be staying in preparation for the event:

• Blue Devils of Concord, Calif. — Lackawanna High School: The most decorated corps in the history of Drum Corps International (DCI), the Blue Devils A Corps have finished in the top five for the last 30 consecutive years, and have won the DCI World Championship title an unprecedented 17 times! The Blue Devils are the reigning world champions and are currently ranked first this season.

• Bluecoats of Canton, Ohio — West Seneca East High School: The Bluecoats have consistently placed in DCI’s elite “Top 12” since 1987. They finished third at the 2015 DCI World Championships in Indianapolis and are presently ranked second right on the heels of the Blue Devils this season. The Bluecoats will be arriving a day before the Drums Along the Waterfront Tour of Champions event to utilize Ralph Wilson Stadium in preparation for the competition.

• Boston Crusaders of Boston, Mass. — Eden High School: Founded in 1940, the Crusaders are a world class competitive drum and bugle corps and a charter member of DCI. They are known as innovators for their many “firsts” in drum corps competitions. A fan favorite in WNY, the Crusaders are performing a show titled “Quixotic” featuring music from the popular musical Man of La Mancha.

• Carolina Crown of Ft. Mill, S.C. — Hamburg Middle School: Founded in 1988 as the Charlotte Drum Corps Association, the Carolina Crown is known for winning the 2013 DCI World Class Championship and becoming the first former Open Class/Division II corps to do so. Carolina Crown finished second at the 2015 DCI World Championships in Indianapolis and are presently ranked third this season.

• Cavaliers of Rosemont, Ill. — Bennett High School: The Cavaliers are one of only two all-male corps in existence in the drum corps activity today. Known by their fans as the “Green Machine” and having a reputation for their incredible marching ability, the Cavaliers won their first DCI Championship in 1992, a feat they repeated in 1995, 2000, 2001, 2002, 2004 and 2006.

• Phantom Regiment of Rockford, Ill. — Attica High School: The Phantom Regiment combines the complexity and grandeur of timeless music with the clarity and impact of world-class drum corps. The Regiment has received many honors throughout its history, including serving as 1996 and 2008 Drum Corps International World Champion.

• The Cadets of Allentown, Pa. — Orchard Park High School: Founded as the Holy Name Cadets Drum and Bugle Corps in 1934, The Cadets quickly became one of the top competitive corps in the country. They are a 10-time DCI World Champion and are known as a leader in drum corps innovation. No other corps has competed in more Drums Along the Waterfront competitions; this will be The Cadets 10th appearance.