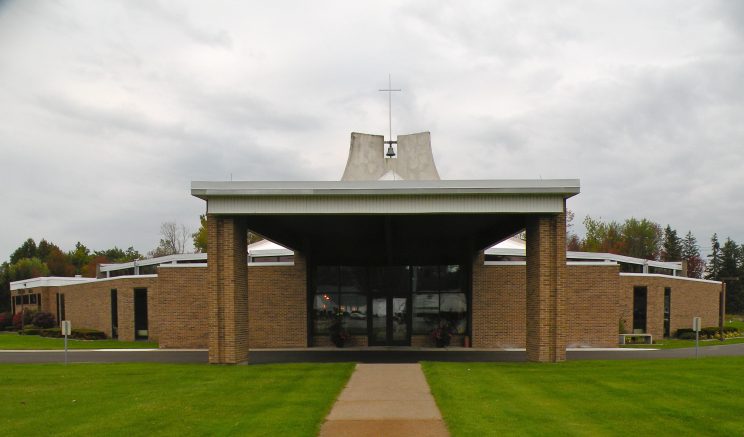 Charles Dickens Presents: A Christmas Carol 2021, a live holiday presentation by television personality Mike Randall, will take place at 2 p.m. Sunday, Nov. 28, at the Church of the Annunciation.

Randall’s production of Charles Dickens Presents: A Christmas Carol has been a huge success since its premiere in 2007. Giving more than 175 performances across Western New York during the last 14 holiday seasons, audiences and critics agreed that it is great to have Mr. Dickens back in Western New York!

What Randall finds most intriguing about Dickens and his readings is the way the author threw himself into the performances not just reading the words but becoming the characters on stage. At one time, Dickens had almost become a professional actor. Even when he pursued writing instead, he continued to produce and perform in amateur theatricals. His close actor friends claimed repeatedly that Dickens could easily have made a successful career on the stage. The Dickens Readings were not only an outlet for this amateur actor, but they became an absorbing, entertaining tour de force, a blending of author/actor creating wonderful magic on stage.

Randall has performed a variety of roles in theatres across the country and continues to perform his critically acclaimed, one-man portrayal of Mark Twain Live! He also spent time as the Marvelous Magical Burger King where he perfected his abilities as a magician and family entertainer. Randall is also a member of the Puppeteers of America.

Randall, a senior meteorologist and award-winning feature reporter at WKBW-TV, has interviewed celebrities such as Willie Nelson, Jerry Lewis, John Candy, Steve Allen, Red Skelton, Gregory Peck and Robert Goulet. He has been with WKBW-TV since August 1983 and was inducted into the Buffalo Broadcasters Hall of Fame in September 2017.

An avid supporter of the Variety Club of Buffalo, you can see Randall each year on The Variety Club Telethon for Children’s Hospital. You may also catch him making appearances year round at fashion shows, auctions and fundraisers for numerous charitable organizations across Western New York.

Randall attended Onondaga Community College for radio and TV and SUNY Geneseo for theatre arts. He received his Certificate In Broadcast Meteorology from Mississippi State University and earned both the American Meteorological Society and National Weather Association Seal of Approval. He is the only local TV meteorologist to hold both seals. A career highlight was filling in for Spencer Christian on ABC’s Good Morning America.

Tickets for Charles Dickens Presents: A Christmas Carol 2021 must be purchased in advance by sending a check to the Annunciation Parish Office, 7580 Clinton St., Elma, N.Y. 14059. The cost for this presentation is $10 per person. Prepaid tickets will be available for pickup before the performance in Annunciation’s Selbert Hall. Please be advised that the nature of this one-man show is difficult for very young children to process and enjoy.