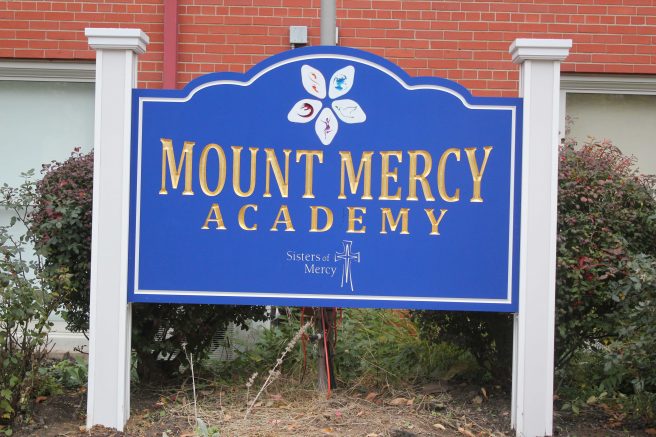 Mount Mercy Academy’s fall athletic season was a successful one!

Mount Mercy Academy’s fall athletic season was a successful one, both as teams and individuals. The soccer team won the B Division regular and playoff season championships, the golf team had its best season in years, and the volleyball and cross country teams showed individual and team improvements throughout the season. Seven soccer players and one volleyball player were recognized for their play with All-Catholic honors. In addition, earlier in the season golfer Addison Barth (Hamburg) finished second in the All-Catholic championships and was a First Team All-Catholic.

Senior Isabella Maloney (Lakeview), the volleyball team’s setter and a four-year member of the program, was named a Second Team All-Catholic selection. She led the team in assists and was one of the top servers.