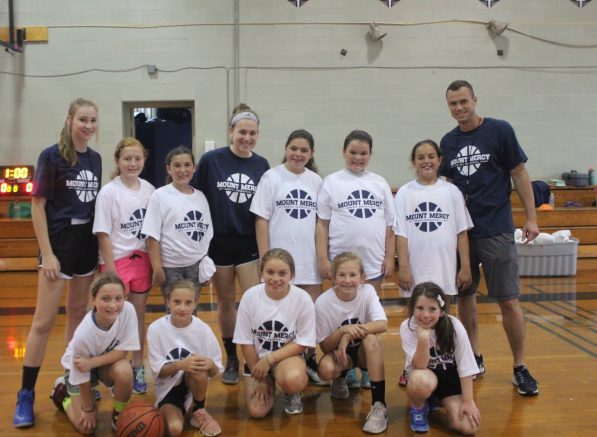 Mount Mercy Academy’s summer basketball camp for girls ended its most successful run on June 28. The four-day camp consisted of two three-hour sessions each day. The morning session was for girls in grades four through six and the afternoon session was for seventh through ninth grade girls. This is the tenth year for the camp, but only the third year for a summer camp.

John Glose, Mount Mercy’s successful varsity basketball coach, is the camp’s director. Eighty-three girls from approximately 15 different schools, both private and public, attended the camp, including 40 in grades four through six and 43 in grades seven through nine.

The camp stressed not only fundamentals and skill work, but it also encouraged teamwork and becoming a great teammate. “If we can teach them to love the game and to like playing it, we feel that the girls will continue playing and develop into competitive players,” Glose commented.

Campers stated that they liked being with their friends as well as making new ones, learning more about the game of basketball and just everything about the camp!