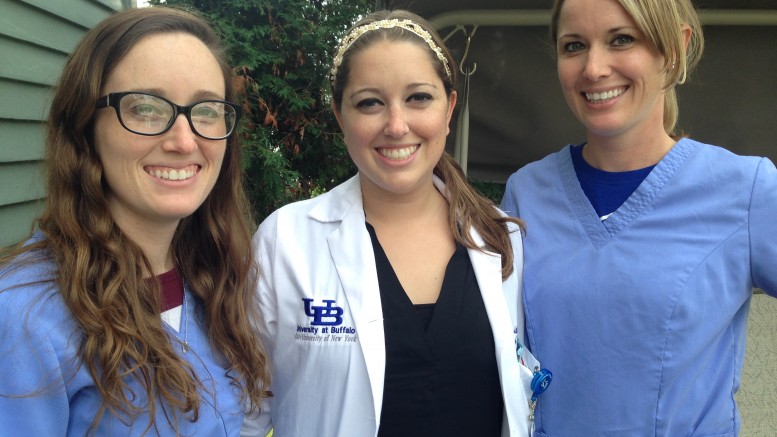 Jill, Elizabeth and Megan Wierchowski now all have earned the title “doctor.” But, these girls started out as Mt. Mercy Academy girls on the soccer field in Cazenovia Park, in student government meetings and in the cheering sections of Spirit Week. Confidence, leadership, community service, hard work and compassion are just a few themes that the Wierchowski sisters touch on when they speak of being proud graduates of Mount Mercy Academy in South Buffalo.

“Mount Mercy provided me with a scholastic background that allowed me to feel confident and well prepared for both college and dental school. The courses offered and taught were challenging and put me in the position to succeed. The faculty and staff went above and beyond to make sure I was prepared for higher learning,” says Jill Wierchoski, class of 1998. Jill earned her undergraduate degree in biology from Canisius College as well as her Doctorate of Dental Surgery from the UB School of Dental Medicine, and now works as a dentist at The Resource Center in Dunkirk. Mount Mercy Academy “allowed me to see that as women, we can do anything.” 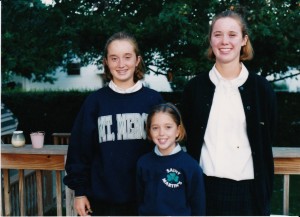 “Despite being busy with my studies during school and with life after graduation, I’ve worked to maintain involvement in the community, both local and abroad. It has been important to me to keep in the spirit of service. This was deeply ingrained in me during my time at Mount Mercy,” says Elizabeth Wierchowski, Class of 2001, as she participated in a dental mission trip to West Africa. An active volunteer for the American Cancer Society who also participates with Habitat for Humanity, Elizabeth earned her degree in chemistry from Canisius College and like Jill earned her Doctorate of Dental Surgery from the UB School of Dental Medicine, and now works as a general dentist in WNY.

“Thanks to the leadership skills I developed while at Mercy, from student government, I felt comfortable taking leadership positions and was given the chance to be an Eastern Division representative for the National Collegiate Leadership Team of the American Cancer Society and Colleges Against Cancer,” says youngest of the sisters, Megan Wierchowski, Class of 2006. Megan followed in her sisters’ footsteps and also graduated from Canisius College with her degree in biology/pre-med. However, Megan’s schooling took her in a different direction as she is now a Doctor of Osteopathic Medicine at Sisters of Charity Hospital specializing in health promotion and prevention.

Jill, Elizabeth and Megan, all serving as medical professionals, continue to serve in the spirit of Catherine McAuley which is evident in their volunteering all over world, as Jill and Elizabeth traveled to Africa on mission trips and Megan spent time in New Orleans contributing her services in the aftermath of Hurricana Katrina. Mount Mercy Academy is not only proud of these women as professionals but also proud of their spirit, character, compassion and community service. MMA is proud to call the Wierchowski sisters, Mercy Girls.

Be the first to comment on "Mount Mercy’s Wierchowski sisters, now all doctors, tell how school prepared them"