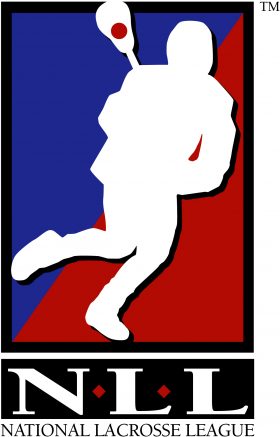 The NLL Game of the Week lineup on TSN features nine matchups between Canadian teams and 11 between U.S. and Canada-based teams.

The National Lacrosse League, the largest and most successful professional lacrosse property in the world, along with TSN, Canada’s Sports Leader, announced the NLL Game of the Week on the TSN broadcast schedule for the 2021-22 regular season, which features games from the home arenas of every Canadian franchise. The 20-game regular season broadcast schedule begins with Brett Manney and the Albany Firewolves going to face Tom Schreiber and the Toronto Rock from the Rock’s new home, the FirstOntario Centre in Hamilton, Ont., on Saturday, Dec. 4, at 7 p.m. on TSN. In addition to the NLL Game of the Week broadcasts, TSN delivers live streaming coverage of every game of the NLL regular season and postseason for fans across Canada on TSN’s digital platforms, TSN.ca and the TSN app.

The NLL Game of the Week lineup on TSN features nine matchups between Canadian teams and 11 between U.S. and Canada-based teams. Seven of the nine U.S. franchises appear, including a home game for Buffalo against East Division rival Toronto on Jan. 8, 2022. The NLL Game of the Week schedule is available on the NLL and TSN official websites (all times eastern, schedule subject to change).

“The NLL Game of the Week on TSN ushers in a new era for the league‘s new media business. The schedule showcases all our great franchises in Canada and the broad range of distribution on both TSN linear and digital platforms allowing fans across the country to experience the excitement of NLL games on TSN. As Canada’s premier sports network we could not be more excited and honored to partner with TSN and take our content and media distribution business to the next level,” said NLL Commissioner Nick Sakiewicz. “The consistency of the NLL Game of the Week on linear channels and all games streamed on digital will make appointment viewing accessible for all fans to experience the huge rivalries, big stars, and new expansion teams entering the league matching up against the traditional powerhouse clubs that have been in the league for 35 years.”

The schedule is the result of a historic partnership announced in July between the NLL and TSN to bring games to Canadians across broadcast and live streaming platforms for the first time since 2016. The agreement is the league’s most comprehensive Canadian broadcast partnership in its 35-year history, and marks the next in a series of major steps the league has taken in recent months as it moves towards returning to play on Dec. 3.

For the most up-to-date information and breaking news, sign up for the NLL newsletter at NLL.com.

National Lacrosse League elects to shift attention to next season