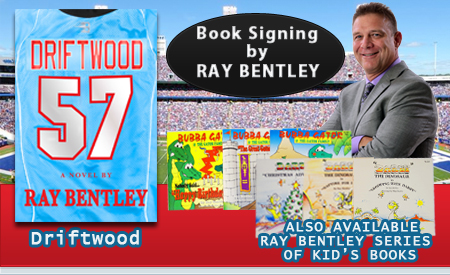 Nearly 30 former football, baseball, basketball and hockey players and coaches — including members of the Buffalo Bills, Braves and Sabres — are scheduled to appear at the Sports Collectors Expo Feb. 20 and 21 in Batavia. The event will take place from 10 a.m. to 4 p.m. Saturday and Sunday at the Batavia Downs Gaming Center, 8315 Park Road, Batavia.

Representing the NBA will be Buffalo Braves Adrian Dantley, Jim McMillian, Ernie DiGregorio, Jack Marin and Emmette Bryant. Curly Neal of the Harlem Globetrotters will round out the basketball slate.

Admission to the event, which will also feature numerous sports card and memorabilia dealers from across the country, is just $6. Children under age 8 will be admitted free when accompanied by a paying adult. Individuals 18 and older will receive $5 in free play for the casino with the purchase of a ticket to the Sports Collectors Expo. Additionally, paid admission will include one free autograph from Bentley, Ford, Altobelli, Bemiller, Rutkowski and Nixon.

James Spence Authentication, the industry leader in autograph authentication, will also participate in the event, and Ray Bentley will be on hand to sign copies of his latest book, “Driftwood.”