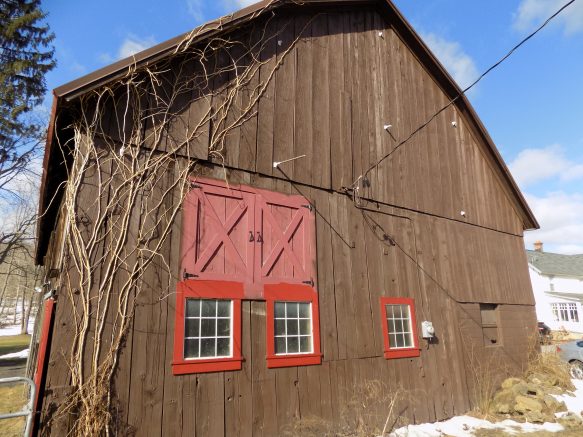 As for my favorite finds within the barn, there were many.

This weekend I took time away from dog-sitting duties to explore the Herrmann Farm & Barn on Davis Road in Colden. Dating back to 1873 and set upon 50-plus beautiful acres, the historic barn is a reminder of just how different things were in the past.

Leading the tour of the barn was my good friend Tom Herrmann. As we later explored the wooded acreage behind the barn, we were joined by his son Jeff. 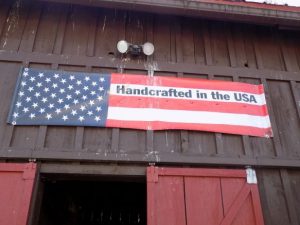 As for my favorite finds within the barn, there were many. The first to catch my eye was the Handcrafted in the USA sign above the barn’s main entrance. Just a few feet within the main entrance, underneath a layer of dirt and straw, we uncovered two old wood signs, one advertising a car show at the Colden Fire Hall and a second for Airport Locksmith. I have no idea how they ended up on the floor of this barn, especially the locksmith sign, but they were vintage cool.

On one of the barn’s two upper levels there was a rusting vintage weathervane that likely topped the barn at some point during its lifetime, and a tabletop filled with tools that look like they’ve been untouched for many years and just frozen in time. 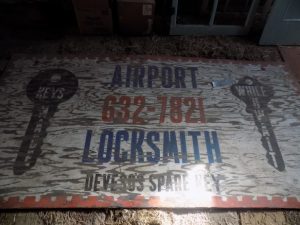 As we hiked the length of the quiet, scenic property, Tom stopped to show me an interesting marker from a 1967 U.S. Coast & Geodetic Survey uncovered near an old fence line and former railroad tracks. According to Wikipedia, “The National Geodetic Survey (NGS), formerly the United States Survey of the Coast (1807–1836), United States Coast Survey (1836–1878), and United States Coast and Geodetic Survey (USC&GS) (1878–1970), is a United States federal agency that defines and manages a national coordinate system, providing the foundation for transportation and communication; mapping and charting; and a large number of applications of science and engineering.” Color me impressed that the Herrmann’s discovered it out in the middle of nowhere. 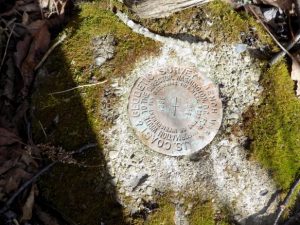 Survey marker found in the woods.

My next journey will take me into Buffalo where an old high school friend will take me for a tour of a theater with a rich local history. In the meantime, if you have legal access to someplace to explore that might be odd or awesome, feel free to reach out to me via my Facebook page or by email at jkirchmyer@verizon.net. 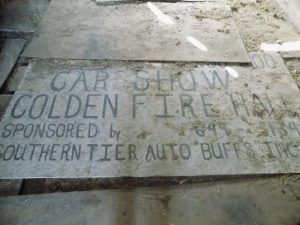 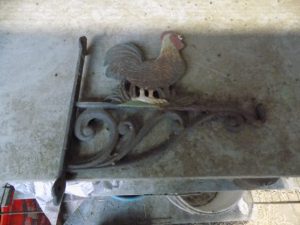 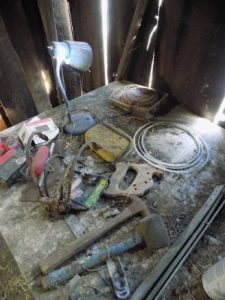