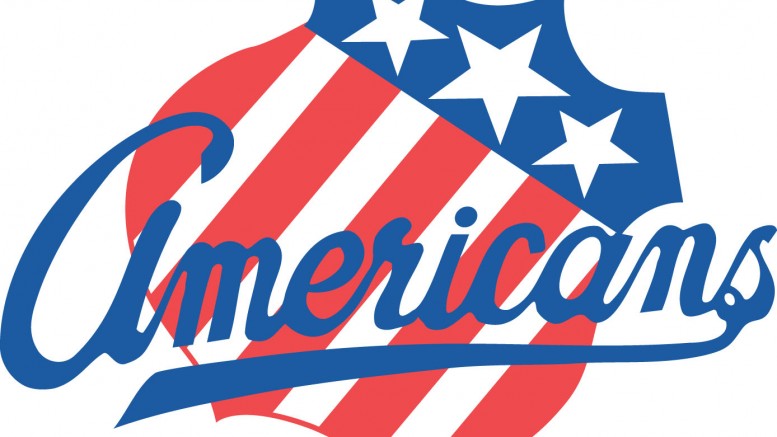 The Rochester Americans are proud to announce that Patrick Kaleta has been named the team’s winner of the IOA/American Specialty AHL Man of the Year award for his outstanding contributions to the Rochester community during the 2015-16 season.

In his first full season back with the Amerks since his rookie year, the generous spirit that Kaleta became known for during his eight-year tenure with the Buffalo Sabres was felt instantaneously in Rochester. Although he was active in the community throughout the season, Kaleta was particularly generous during the holiday season. Prior to Thanksgiving, he purchased 30 turkeys and personally delivered them to The Open Door Mission. He also dropped off numerous barrels of food that had been donated by Amerks fans.

When Christmas was approaching, Kaleta purchased dozens of presents and brought them to the Golisano Children’s Hospital to help spread holiday cheer. While he hand-delivered some of the presents to patients in their rooms, others were used as prizes for kids while his teammates played games with them. During the holiday break in the AHL schedule, Kaleta continued to support those less fortunate as he and his wife purchased Christmas gifts for several families in his hometown of Buffalo and her hometown of Syracuse while also visiting Wee Can Preschool and Childcare, which provides services to children with special needs.

Kaleta’s contributions were not limited to the holidays. He made two other trips to the Golisano Children’s Hospital during the season, once to visit patients and play knee hockey, and once to answer phones and take donations during the annual Drive For Miracles Radiothon before visiting more patients in their rooms to help brighten their days.

He also supported a local charity hockey game to benefit Gilda’s Club, a cancer support organization. First, he and several teammates stopped by the facility to spend an evening playing with kids and joining them for a pizza party. On the day of the game, he and Amerks defenseman Bobby Sanguinetti signed autographs and donated their jerseys to the cause. While they were there, they took it upon themselves to visit and spend time with the Rochester IceCats Special Hockey Team.

In addition to participating in several other team programs, like kicking off the 11th season of the Amerks Power Play Reading Program during Amerks Assist Week, Kaleta made time for numerous suite visits and postgame meet-and-greets with local charitable organizations over the course of the season. This season, he also served as a spokesperson for the Amerks Pink the Rink Breast Cancer Awareness Game, appearing in a television commercial alongside 13 WHAM News anchor Ginny Ryan to promote the game and the cause.

Kaleta’s dedication to the community is not limited to his involvement with Amerks-related endeavors. In 2010, he founded the HITS Foundation (Helping Individuals to Smile). The mission of the HITS Foundation is to provide financial, facility and program support for underprivileged children and adults. It offers opportunities for recipients to participate in activities that would otherwise be unavailable to them. The HITS Foundation enhances their quality of life and enriches the lives of the families and friends that support them. This past season the HITS Foundation sponsored numerous charitable events and funded five children to continue to play youth hockey when funds were insufficient due to a death and illness in the family, to name just a few of the great things Kaleta and his foundation are consistently doing to make a difference in Western New York.

Kaleta is now one of 30 finalists for the AHL’s 2015-16 Yanick Dupre Memorial Award, honoring the overall IOA/American Specialty AHL Man of the Year. The league award is named after the former Hershey Bears forward and AHL All-Star who died in 1997 following a 16-month battle with leukemia. The winner of the Yanick Dupre Memorial Award will be announced by the American Hockey League at a later date.

Rochester Americans to hit the books for 13th straight season