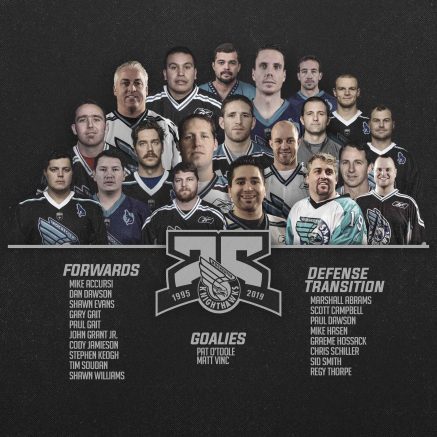 The Rochester Knighthawks, in conjunction with iHeartMedia, Inc., will honor the members of their All-Time Team before Saturday’s opener against the Philadelphia Wings. Over a one-month period, over 700 people voted for the top 20-man roster in team history. The fans chose the team’s best two goalies, eight defensemen/transition players and 10 forwards.

The players selected have all played significant roles in establishing Rochester as one of the most successful franchises in the National Lacrosse League. Since their inception, the Knighthawks have won five NLL championships, advanced to a league-record 10 NLL Finals and produced countless All-Pros.