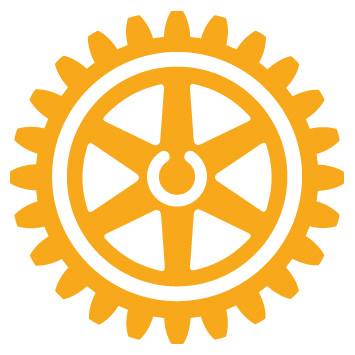 The Rotary Club of Buffalo is where neighbors, friends, and problem-solvers share ideas, join leaders and take action to create lasting change.

Many members of Rotary International are veterans of wars from throughout the decades, or are currently active duty service men and women. In honor of Veterans Day, the Rotary Club of Buffalo will highlight some of Buffalo’s close connections to the military, which will be featured at its luncheon meetings in November.

On Thursday, Nov. 7, the Rotary Club of Buffalo will feature as its noon luncheon speaker, Kelly Sullivan, granddaughter of Albert Sullivan, one of the five Sullivan brothers who were killed in World War II. She is the sponsor of USS The Sullivans (DDG 68), which she christened on April 19, 1997 in Staten Island, N.Y. Kelly is a lifetime member of the Society of Sponsors of the United States Navy.

The Sullivans is named in memory of the five brothers who lost their lives during the Battle of the Solomon Islands in World War II when their ship, The USS Juneau, sank in November 1942, killing 687 men in all. The original USS The Sullivans, commissioned in September 1943, is now on display at the Buffalo & Erie County Naval & Military Park at the Buffalo waterfront.

Kelly is actively involved with ship activities on USS The Sullivans and works to keep the ship and her crew connected to the Sullivan family and the city of Waterloo. She speaks to organizations about her family’s history, her role as a Navy sponsor, and importance of recognizing and respecting the sacrifices of our veterans.

The Buffalo & Erie County Naval & Military Park, led by its President & CEO Paul Marzello Sr., a Rotary Club of Buffalo member, will host a wreath laying ceremony on Veterans Day, Monday, Nov. 11 at 1 p.m.. This event is free and open to the public, and will be held at the Buffalo Naval Park. Veterans will receive free admission all weekend (Nov. 9-11).

On Wednesday, Nov. 27, join Rotary Club of Buffalo members at the Saturn Club at noon for their annual joint meeting with the Kiwanis Club. Speaker Maurice “Chipp” Naylon, former Marine Corps infantry officer and combat advisor, will discuss “Combat Advisors and the Failures of U.S. Policy in Afghanistan.”

A native of Buffalo, Naylon graduated from the United States Naval Academy and Georgetown University’s Security Studies Program. He served nine years as an infantry officer in the Marine Corps, completing multiple deployments, both combat and non-combat.

Chipp will give an overview of the Marine Corps’ Georgia Deployment Program mission in the Republic of Georgia and Afghanistan and discuss the on-the-ground events and policies that drove his anger and frustration with the situation in Afghanistan – and ultimately led to his recently published memoir, “The New Ministry of Truth: Combat Advisors in Afghanistan and America’s Great Betrayal.” Chipp will have signed copies of his book available for $16.95.  His proud father, Maurice “Moe” Naylon, is a member of the Rotary Club of Buffalo.

Guests are welcome to attend Rotary Club of Buffalo luncheon meetings for $25. Call the Rotary office at 854-3397 or email heatherc@buffalorotary to make a reservation.

The Rotary Club of Buffalo is where neighbors, friends, and problem-solvers share ideas, join leaders and take action to create lasting change. Founded in 1911, the Rotary Club of Buffalo’s members have used real commitment and vision to make Western New York a better place to live. Since 1989 the club’s foundation has awarded grants totaling more than $2 million to Buffalo Niagara community organizations.