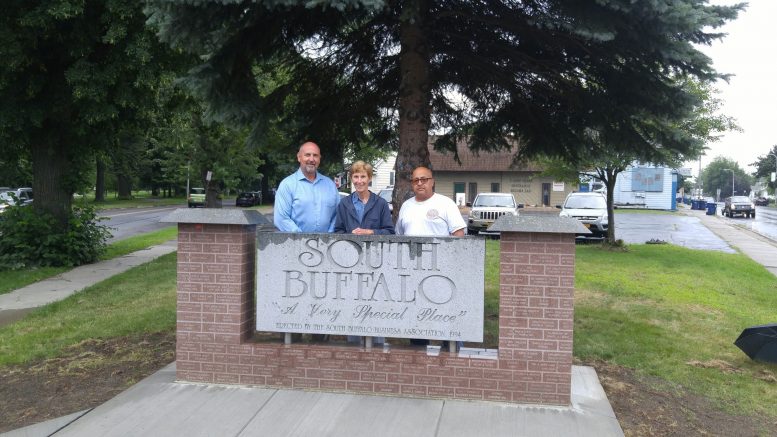 Back in the 1980s, Marty Nightengale of the Nightengale Funeral Home on South Park Avenue was serving as president of the South Buffalo Business Association. As leader of the group, one of his goals was to bring the Buffalo Philharmonic Orchestra to Cazenovia Park for a special performance. Twenty-five thousand people would later show up for that performance, among them a reporter from The Buffalo News who made a remark to Nightengale, saying “South Buffalo is a very special place.” 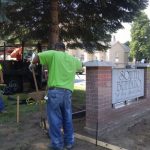 That remark remained in Nightengale’s thoughts for many years and eventually resurfaced on a special South Buffalo monument at the corner of Potters and Abbott roads, across from the entrance to Cazenovia Park. The monument, erected by Stone Art Memorial, has now sat since 1994 on the city-owned property. Also instrumental in bringing both the concert and the resulting monument to South Buffalo was the late City Councilman Jim Keane. 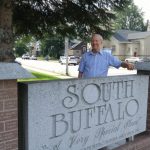 Building the monument would require an investment of $5,000, and the call went out throughout South Buffalo asking for $50 donations in exchange for two lines of copy on the bricks that would be used to construct the monument. The very next day, Nightengale arrived at work to find a line of people waiting at the door of his business with donations in hand. Space on the monument was completely sold out in just a couple of days. Along with the monument, a tree was planted at the site in memory of Dick Karns, a beloved South Buffalo businessman who owned a floral shop on Abbott Road. 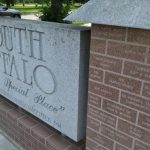 In more recent years, a garden was added to the monument site and tended to by Sister Marie Bernard, former principal at St. Thomas Aquinas School on Abbott Road, guidance counselor at Mt. Mercy Academy on Red Jacket Parkway and a counselor at Trocaire College, which overlooks the monument site. When Sister Bernard later became unable to care for the garden, it eventually obscured the monument and the many names engraved on the bricks. 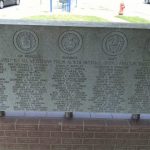 Earlier this year, South Buffalo Alive, a neighborhood beautification organization led by Marge Ryan, decided that a change was needed that would put the focus back on the monument. Working with the City of Buffalo’s Public Works, Parks & Streets Commissioner Steven Stepniak and a crew led by cement finisher Bill Pacheco, the overgrown garden was removed and replaced with a cement pad and walkable cement approaches from both Potters Road and Abbott Road.

Both Nightengale and Ryan are extremely pleased with the results. “All of the business and family names on both the front and back of the monument, along with 100 military veteran dedications on the back, are now completely visible,” Ryan said. Next, she hopes to work with Stepniak to add lighting that will illuminate the monument and make it more visible to passing walkers, bicyclists and motorists for decades to come!