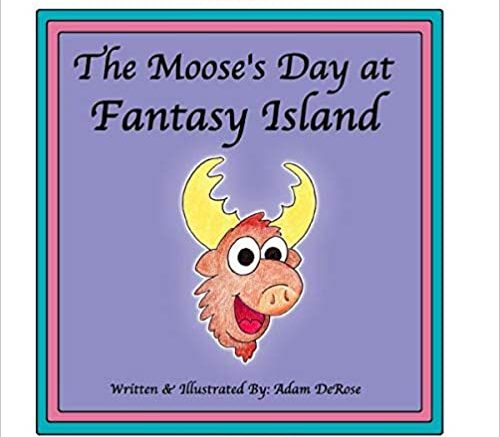 The Moose’s Day at Fantasy Island is independently published and available online.

Written and illustrated by Adam DeRose, The Moose’s Day at Fantasy Island is the 15th book in the Moose-Book series. In his newest adventure, the Moose spends the day interacting with park attendees and going on rides at Fantasy Island amusement park. After eating some junk food, the Moose worked up the courage to go on Devil’s Hole.

The Moose’s Day at Fantasy Island is independently published and available online at https://www.amazon.com/dp/B08C6K71F8/ref=sr_1_5?dchild=1&keywords=adam+derose+moose-books&qid=1593645868&sr=8-5.

DeRose is originally from Grand Island. After graduating from St. Joseph’s Collegiate Institute, he attended Daemen College where he earned a BS in Art in 2007. He furthered his education, receiving an associate’s degree in Automotive Technology from Monroe Community College in 2011. He currently lives in Rochester with his wife Shannon and three young kids.