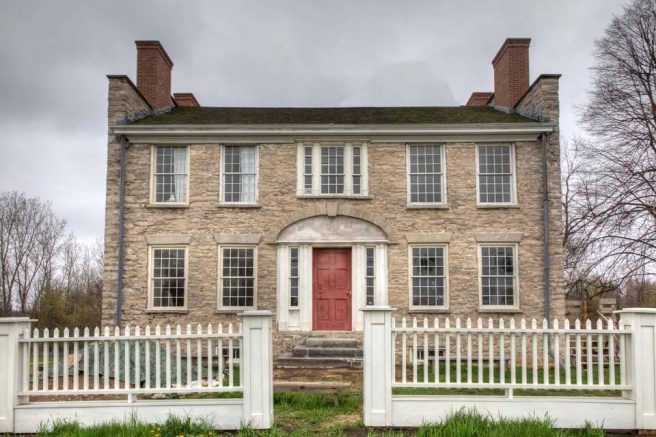 The Hull Family Home & Farmstead is hosting its annual Revolutionary War Living History Weekend on Saturday and Sunday, Aug. 17 and 18.

The Revolutionary War, also known as the American Revolution, took place between 1776 and 1783, arising from growing tensions between residents of Great Britain’s 13 North American colonies and the colonial government, which represented the British crown.

The Americans had effectively won their independence by 1781, but the fighting didn’t end until 1783. It was an important and pivotal time in our country’s history, and that’s why the Hull Family Home & Farmstead is hosting its annual Revolutionary War Living History Weekend on Saturday and Sunday, Aug. 17 and 18, from 10 a.m. to 4 p.m. each day. The Farmstead is located at 5976 Genesee St. in Lancaster.

Guests will be able to experience firsthand the camp life that both British and American soldiers endured. Activities will include Army recruitment; military tactical demonstrations; musket demonstrations; skirmishes; civilian camp activities, including cooking and laundry demonstrations and games, crafts and activities for kids. Lunch will be available.

“It’s important to tell the stories of our country’s history,” says Gary Costello, Hull House Foundation president. “Our rich cultural heritage is something to cherish, protect and build upon, and part of our mission at the Hull Home is to ensure the continuation of Western New York’s engaging story and the rich heritage that can be interpreted at this historic treasure through events such as this.”

The Revolutionary War Living History Weekend is open to the public. The cost to attend is $5 for ages 15 and older and $2 for ages 8 to 14. Children ages 7 and younger admitted free. For more information, contact Donna Schmidle at dschmidle@hullfamilyhome.com or at 380-2881 or Jeannette Dickinson at jcdickinson@yahoo.com or at 681-3966.