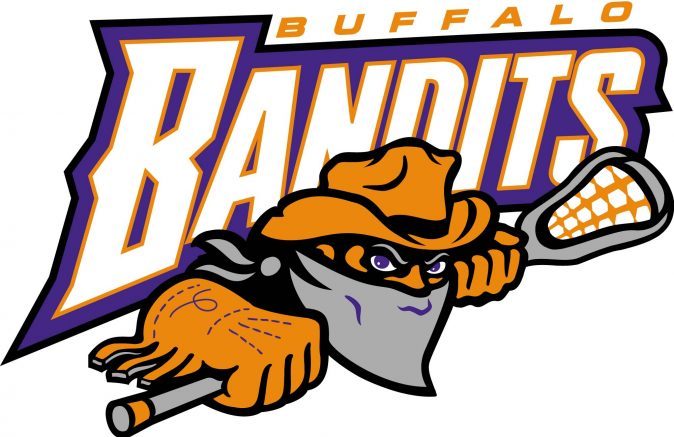 This special evening will honor the memory of Tucker Williams.

The Buffalo Bandits announced the team will host its sixth annual Tucker Out Lymphoma Night when the Colorado Mammoth visit KeyBank Center on Saturday, Feb. 2. The evening will honor the memory of Tucker Williams. Tucker, the son of former Bandits player Shawn Williams, lost his battle with Burkitt lymphoma in 2014. Faceoff for the game, which is presented by Intense Milk, is scheduled for 7:30 p.m.

Dylana Williams, Tucker’s sister, will sing the Canadian national anthem prior to the game. During the game, both Bandits and Mammoth players will wear special “Braver Than Brave” jerseys that were designed by Tucker’s brother, Dyson Williams. The game-worn jerseys are currently available to be bid on by fans here. Additional items will be added to the auction throughout the week. The auction will end on Monday, Feb. 4 at 6 p.m

The team’s “lacrosse ball surprise” will give fans the opportunity to purchase individually signed lacrosse balls for $10 each in the pavilion. Six hundred lacrosse balls will be available in total, 51 of which will be limited edition “Tucker Out” balls signed by Shawn Williams, current Colorado Mammoth assistant coach. The remaining 549 lacrosse balls will be signed by Bandits players and coaches. A special game ball featuring the Tucker Out Lymphoma logo will also be used throughout the contest. The Buffalo Bandettes will be on hand to assist with the sale. Signs that read “I fight for…” will also be available for fans to fill out and display during the game in honor of loved ones battling cancer.

The Bandits will also be hosting a Bald for Bucks event prior to the game at 5 p.m. Each person that raises money for the “Buffalo Bandits Fan Team” will have the opportunity to get their heads shaved by a Bandits player. Proceeds from this event will benefit Roswell Park Comprehensive Cancer Center in the name of Tucker and the entire Williams family, and will be earmarked for the organization’s pediatric unit. To donate, visit baldforbucks.org.

Tickets start at $15 and part of the ticket proceeds will go toward pediatric cancer care. Fans can purchase tickets at the box office or by visiting bandits.com/tickets.