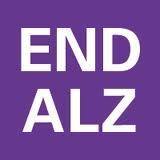 From every corner of WNY, thousands of individuals, corporations and facilities raise and donate funds to Walk teams.

The numbers are staggering: Across New York State, some 400,000 people are living with Alzheimer’s disease. Another 1.2 million people, usually family or friends, provide some kind of care for them. And at this moment, the disease cannot be prevented or slowed and it is, without exception, fatal.

But there is hope for the first survivor of Alzheimer’s disease through the research funding efforts of the Alzheimer’s Association. The Association, including a Chapter office in Western New York, leads the country in funding scientific and clinical studies that will one day lead to methods to prevent, treat and end the disease and that funding is supported by the Walk to End Alzheimer’s.

From every corner of WNY, thousands of individuals, corporations and facilities raise and donate funds to Walk teams made up of families, co-workers and friends who recognize the value not only of supporting research, but of funding local programs that provide care and support for all impacted by dementia.

On Saturday, Sept. 14, roughly 3,500 people will take part in the family-friendly Buffalo Walk at the Outer Harbor. The event includes local vendors, basket and 50/50 raffles, refreshments, photo opportunities and a Promise Garden. The garden is filled with bright pinwheel flowers in colors that represent reasons people walk: Purple to honor someone they lost to dementia, yellow for care partners, blue to honor those living with dementia and orange to show general support of efforts to end Alzheimer’s disease. The flowers are given to each registered participant who can then personalize them and carry them as they walk or plant them in the garden.

The event site opens at 8:30 a.m. with access to vendors, entertainment, food and fun. A short mission-focused ceremony will open the Walk at 10:15 a.m., featuring event chairwoman and Tonawanda resident Sheryl Schechter of Schechter Counseling. The ceremony will be emceed this year by WIVB news anchor Christy Kern and will precede the roughly two-mile walk along the water.

Participants who fundraise at least $100 will earn an official 2019 Walk to End Alzheimer’s purple T-shirt, with other incentives earned at higher fundraising levels. Last year, the Buffalo Walk raised more than $500,000. Local fundraising is bolstered by corporate support from corporate sponsors, including WDCX Radio.

“We’re a part of the Walk to End Alzheimer’s because we want to bring love and hope and encouragement to families — just like ours — that have been affected by Alzheimer’s and other dementia,” said on-air host Neil Boron. “We also want to help provide for the needs of the Alzheimer’s Association in advocacy, education, research, support, respite care, etc. but most importantly, we want to help find a cure and end Alzheimer’s forever.”

The law firm Cellino and Barnes has been a sponsor for several years. “Many diseases that tormented mankind for centuries were thought to be impossible to stop, from smallpox to tuberculosis to diphtheria to polio. Now science has eradicated these and many other “incurable” diseases,” says partner Steve Barnes. “Together we will add Alzheimer’s to this list.”

Great Lakes Health System is another high-level sponsor. “We are proud to partner with the Alzheimer’s Association to raise awareness and funds for the millions of individuals living with Alzheimer’s as well as those who care for them,” said Jody L. Lomeo, president and CEO of Kaleida Health and Great Lakes Health System of Western New York. “The Walk to End Alzheimer’s unites our entire community – family, friends, co-workers, and more – in a display of combined strength and dedication in the fight against this devastating disease.”

Aetna has returned for a second year of high-level support of the event.

Registration is quick and easy online at alz.org/Walk. Questions about the local Walk and the WNY Chapter can be addressed at 626-0600.

Walks are also scheduled on Sept. 21 in Batavia and Dunkirk, Sept. 28 in Allegany and Medina, and on Oct. 5 in Lewiston.

Walk to End Alzheimer’s returns to Buffalo in new location